Again, I come to you, bringing tidings of Pete Holmes, who will soon have his own show, THE PETE HOLMES SHOW, premiering on Monday, October 28th, on TBS (a channel that really doesn’t know funny at all… yet). 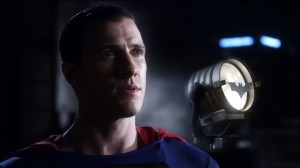 I am not paid to promote Pete Holmes (any accusations would be ridiculous for a website with such low readership); I am just a giant fan, both of his BADMAN videos and his excellent Podcast that puts Marc Maron’s WTF to shame, YOU MADE IT WEIRD WITH PETE HOLMES. His E*Trade baby ain’t too terrible either.

While ramping up for the impending premiere of his show, Pete Holmes has put up two hilarious sketches, both from the comic universe; taking pot shots at Marvel and DC.

First, Pete Holmes returns as Batman in his ‘Teaser’ for BATMAN VS. SUPERMAN.

A video I wished to embed here, but doesn’t seem to work… in any browser. So CLICK HERE TO SEE IT!

Not his best appearance as Batman (see GOOD WILL HUNTING with Batfleck), but still, not bad. I really do owe my own impression of Christian Bale’s Batman to the one, the only, Pete Holmes!

His greater sketch of late, has to do with a metal Marvel hero with a love of the expression, ‘Bub.’

Seeing Holmes’ earlier work on all the BADMAN sketches and his recent work including the above sketch EX:MEN WOLVERINE, I know his show will be a hilarious piece of work. Hopefully it gains a real following (you all better watch it, geeks!), so we’re not cursed with another genius one-season show that couldn’t.