Sherlock has proven to be one of the greatest TV dramas, either domestic or from across the pond. With a unique 90-minute episode format, though there are only 3 episodes a season, each is basically a feature length movie. Sherlock recently aired the its fourth and possibly final season, for a total of only 13 episodes. This makes the series one of the easier shows to rank in its entirety, to which I have no objections!

For the uninitiated, the BBC program Sherlock takes classic stories and characters from Arthur Conan Doyle’s original work and updates them for the modern world. Sherlock Holmes (Benedict Cumberbatch) uses cell phones and twitter, John Watson (Martin Freeman) blogs their adventures, and Mycroft Holmes (co-creator Mark Gatiss) is thin due to new age diets . Updating Sherlock Holmes for the 21st Century may sound like a mistake, but thanks to incredible actors, high production values, and writers nearly as brilliant as Sherlock himself, the series is certainly the most essential adaptation of the one of fictions greatest characters.

Let’s explore these 13 episodes of Sherlock, ranking them from “Decent” to “Perfection.”

There will be Spoilers ahead! 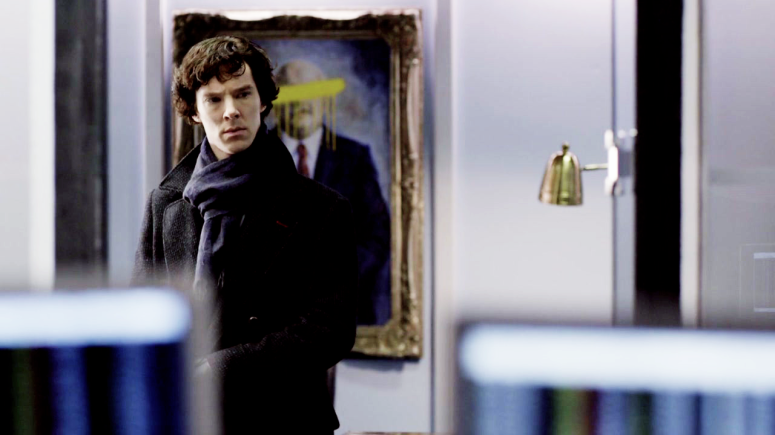 Sherlock grabbed everyone’s attention from the very first episode in 2010. The being said, the first season is by far the weakest, starting and finishing strong, but lagging in the second episode. ‘The Blind Baker’ continues the fascinating updates to the characters and fun visual flairs such as the way Sherlock Holmes’ deductions are visually explored, but the writing just isn’t as clever as in Episode 1. The mystery is forgettable, and unlike most episodes, there is no development/evolution of Sherlock’s abilities. ‘The Blind Banker’s only saving grace is a brief hint at Moriarty, with a simple assassination and a card that reads ‘M.’ 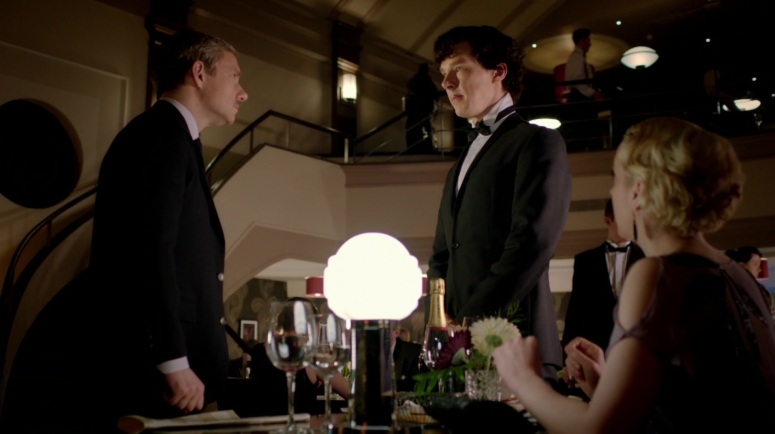 ‘The Empty Hearse’ is another episode with a forgettable mystery.  This major flaw is partially counteracted by the 1st act, in which Sherlock reveals to John that he faked his death, only to be pummeled by the good Doctor.  The plethora of ridiculous conspiracy theories for how Sherlock survived his fall also makes for some very amusing Sherlock moments. But alas, the 1st act is not enough to save the 60 minutes that follow.

‘The Hound of Baskerville’ starring Basil Rathbone is surely the most famous adaptation of a Sherlock Holmes novel, but in Season 2, creators Mark Gatiss and Steven Moffat decided to take another crack at it. The episode is only one of two that has supernatural elements, that is until they are revealed to be  a combination of tricks and science by Mr. Holmes. The way the episode approaches the modern twist isn’t my favorite, and there is no strong adversary for Holmes to face, making for what I consider to be one of the stranger and less balanced episodes.

Though it features a game-changing moment for the series that ushers in the dark tone and high stakes of Season 4, ‘The Six Thatchers’ has several deficiencies that detract from the episode. It does start strong with a wonderful mini-mystery that only creators Mark Gatiss and Steven Moffat could concoct involving a burned up car with a hidden body. Unfortunately, once the six Thatcher busts are smashed, Sherlock shifts a little too far into 007 territory, losing sight of what makes the series great. Bogged down in flashbacks, ‘The Six Thatchers’ just isn’t as clever as it thinks it is.

The episode that started it all, ‘A Study in Pink,’ is a fairly straight-forward adaption of Doyle’s story, ‘A Study in Scarlet.’ Though Sherlock’s opponent isn’t as prolific as in the episodes that follow, this list has finally reached the episodes with memorable mysteries!

Who doesn’t like an origin story? This is it; the meeting of legends Sherlock Holmes and his new flatmate and partner in Detective work, John Watson. The high functioning sociopath Sherlock slowly begins to soften through his budding friendship with the empathetic John Watson. Numerous characters that we will fall in love with are introduced, including newcomer Molly Hooper (Louise Brealey) and classic characters like Mrs. Hudson (Una Stubbs) and  Greg Lestrade (Rupert Graves). The most fun is the introduction of series stand-out Mycroft Holmes, used as a Moriraty fake-out. This is also obviously the 1st time we see “Sherlock Vision;” those visual cues that define the show in every episode that follows.

‘The Abominable Bride’ is an episode of Sherlock unlike any other, set in Victorian London instead of the 21st Century. A highlight is how the origin story is quickly repeated, closer to the original text, without the twists and updates introduced in ‘A Study in Pink.’ Initially, this episode appears to be stand-alone and not Canon, but in the end the mystery of Moriarty’s apparent “survival” after a self-inflicted bullet to the head is examined through the lens of a century old case. The most exciting scene of the episode happens at the real Reichenbach Falls, the location that Moriary and Sherlock fall to their death in Arthur Conan Doyle’s original story, ‘The Adventure of the Final Problem.’

But, which episode will be #1? Find out now in ‘The Top 6 Episodes of Sherlock!’