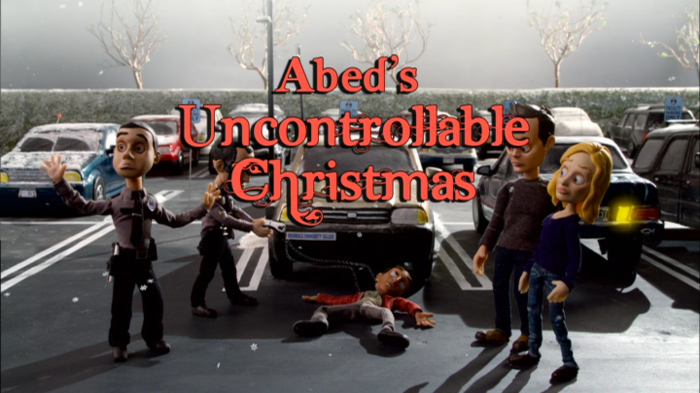 I’m not a very merry guy; I hate Christmas music, movies, and TV shows, though I do love getting free shit. My favorite “Christmas” movies are simply films set on Christmas, including Lethal Weapon and Die Hard. I especially hate those “Very Special Christmas” episodes nearly every series forces out every year, like a Christmas turd. I’m tired of watching families and friends coming together for a disgustingly sweet episode, all their worries and conflict gone for just one week of a Season.

These 8 Christmas Specials are more my speed;  Less cheer, more cynicism and darkness. My kind of Christmas.

There are NO SPOILERS ahead, just enough info to get you excited about these very unique Christmas specials. 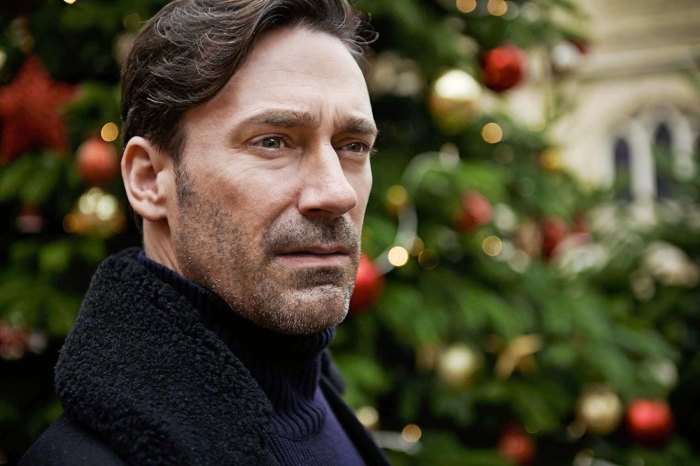 Black Mirror is an anthology show, like The Twilight Zone, known for its twisted and dark interpretation of the not-so-distant future where the horrors of technology have gone awry. ‘White Christmas,’ is perhaps the most disturbing episode of the entire series, wrapped up in colorful paper and a pretty bow. After living in an isolated cabin for five years, Matt (Jon Hamm) and Potter (Rafe Spall) share the horror stories that drove them into isolation over a Christmas meal. I can’t go into greater detail without spoiling the episode, but the gist of it is that the the two men find themselves alone on Christmas because because they were literally “Blocked” in real life. Something much darker is lingering under the surface, waiting to be revealed. Perhaps the scariest Christmas special you will ever see! 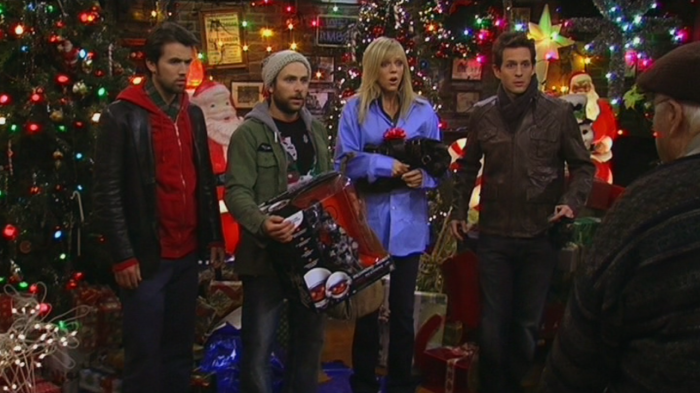 Speaking of Christmas specials that aren’t so merry, ‘A Very Sunny Christmas’ offers the same cynicism and asshole characters you expect It’s Always Sunny in Philadelphia. The gang never ends up in a happy place in any other episode, so why should Christmas be any different?

In this episode, longer and Rated R, Dennis (Glenn Howerton) and Dee (Kaitlin Olson) try to teach their father Frank (Danny DeVito) a lesson about Christmas after he ruined all their perfect Christmas gifts in childhood by keeping them for himself. Meanwhile, Charlie (Charlie Day) and Mac (Rob McElhenney) try to set things right with a neighbor who’s gifts Mac’s family stole during his childhood. This episode is the 1st to delve into all of the characters’ history, featuring child versions of Charlie, Mac, Dee and Dennis! ‘A Very Sunny Christmas’ has Charlie brutally attacking a Mall Santa Claus, due to the fact men dressed as Santa would fuck his Mom every Christmas, a gory stop-motion sequence in the vein of Frosty The Snowman, and Frank being sown into a couch, only to emerge sweaty and naked. And the gang learns nothing… not even about Christmas. 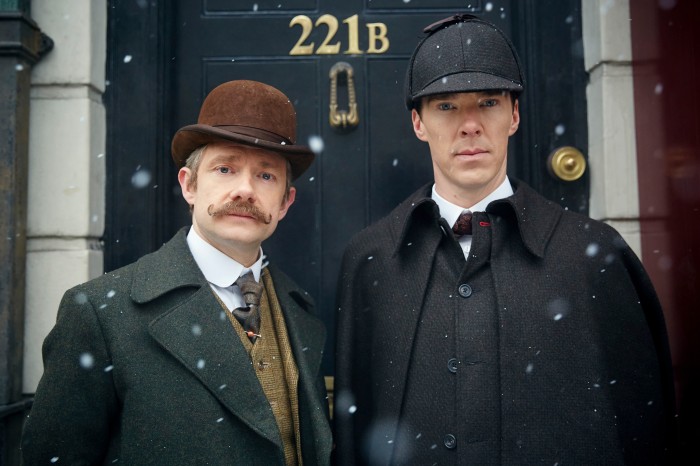 Ready for a Christmas mystery? Though billed at a Christmas special, like in Die Hard and Lethal Weapon, Christmas is more of a setting than a theme in ‘The Abominable Bride.’ Rather than being set in modern day like the rest of the series, ‘The Abominable Bride’ takes place in the late 1800’s, with more classic interpretations of Holmes (Benedict Cumberbatch) and Watson (Martin Freeman). Sherlock investigates the case of a Bride rising from the dead to kill her husband, relating to the modern mystery of how Moriarty (Andrew Scott) can possibly return from death after a self inflicted bullet to the head. Too dark for Christmas? Not at all! Elementary, my dear reader. 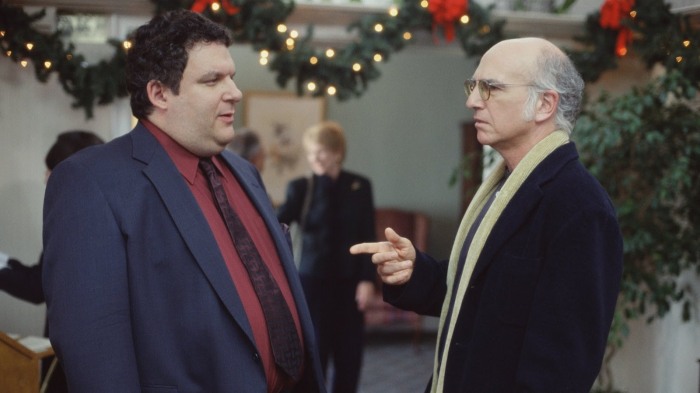 There’s a pubic hair stuck in Larry David’s throat! Cheryl wants to buy a Christmas Tree for their Jewish household! Larry’s housekeeper won’t keep her mouth shut about his private plans! Larry covers for Jeff when Susie finds out about some late night phone calls! Christmas tipping goes awry when Larry accidentally tips the same guy twice at the Club and his housekeeper finds out the gardener received more Christmas money! Larry’s in-laws (including Kaitlin Olsen, from Always Sunny) invade his house, bringing a ginger bread manger of which Larry eats the baby Jesus and his virgin mother Mary! It’s amazing how much material Curb Your Enthusiasm can fit into the 1st 11 minutes of a 30 minute episode. As it always goes on Curb Your Enthusiasm, all these events collide and things continue to spiral out of control as Larry attempts to fix everything, only to ruin Christmas for everyone. Typical brilliant Curb episode that’s more naughty than nice.

Sky rockets in flight, Afternoon Delight! Leave it to Arrested Development, my favorite TV show of all time, to tie a surprisingly dirty song and marijuana (a strain named Afternoon Deelight) to Christmas. GOB (Will Arnett), currently the president of the Bluth Company, starts wearing his father’s $60,000 suit (“Come On!”) and sets out to provide his depressed employees with a great Christmas party! As always happens when GOB is in charge, everything falls apart and it’s up to his brother Michael (Jason Bateman) to put everything back together. Featuring Micheal singing the poorly chosen ‘Afternoon Delight’ with his niece, the first appearance of the Banana Suit, and a very stoned Lucille Bluth (Jessica Walters), this expertly written episode contains some of the most classic moments from the groundbreaking series. 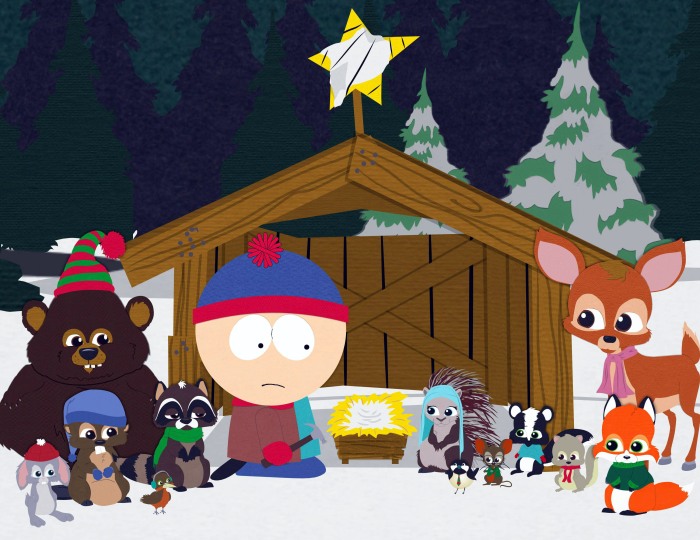 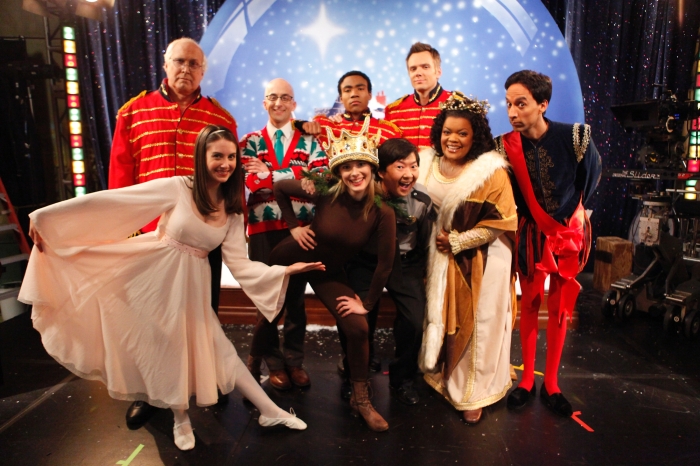 Community CRUSHES it with its Christmas episodes. In season 3, Community brings the Holiday Cheer with original Christmas songs, dissing the now forgotten show Glee in the process. After Jeff (Joel McHale) shuts down Greendale’s Glee Club by reporting them for using unlicensed music, Glee Club Instructor Cory Radison (Taran Killam, SNL), or “Mr. Rad,” recruits the study group to fill in for the Glee Club for a 2nd time (the last Glee Club died in a bus crash). Of course, none of them want to be involved, as their last experience was like “being on Ecstasy.” Abed (Danny Pudi), well intentioned and always seeking a perfect Christmas, is seduced by Mr. Rad’s infectious singing and goes on to spread the cheer (or glee) across the study group through songs. The songs include one about glee, a rap from Troy (Donald Glover aka the rapper Childish Gambino) about being a Jehovah’s Witness that was merely pretending to be into Christmas, and Annie’s (Alison Brie) sexy parody of ‘Santa Baby.’ As with all the specials on this list, certain revelations lead to a dark ending, without glee. And to think, “they were this close to Regionals!”

Abed: What if you were a Jehovah’s witness

That was merely pretending to be into Christmas?

Gathering clues and blending in

To take down the holidays from within?

Making everybody think I’m on the christ-a-mas side,

I’ll watch all the TV specials that I never could,

And when the big night comes it’s time to set the bait,

And he’ll come down the chi-muh-ney

And it will be just him and me

Hug him tight, get on his lap

And tell him he can come back every year.

‘Cause I am Jehovah’s most secret witness

So I might have to dedicate my life to Christmas

And act just like I love it ’til the day I die!

None of your business

Thoughts too fast to comprehend

If years were seasons, this December

Would be the December

But if there are blueprints,

How do we choose?

We have to be happy to get to the end,

We have to save Christmas to save our friends–

Both: We have to save Christmas to save our friends,

We have to save Christmas to save our friends! 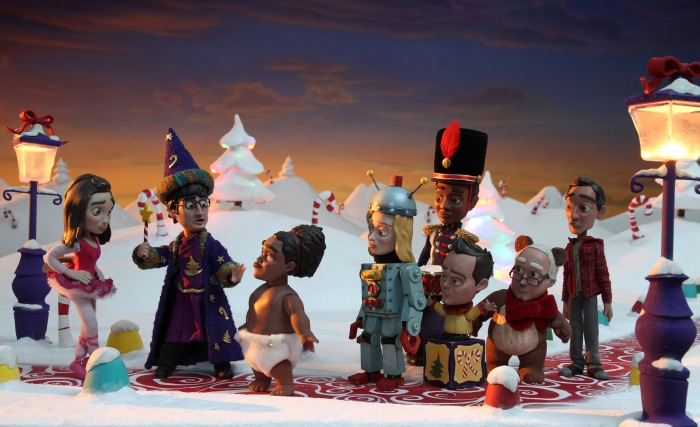 This episode is truly the most magical Christmas special of all time! A season before ‘Regional Holiday Music,’ Community delivers another wholly original musical, this time in a glorious, fully animated, stop-motion episode. Paying homage to Rudolf the Rednose Reindeer and The Nightmare Before Christmas (my other favorite “Christmas” movie), ‘Abed’s Uncontrollable Christmas’ explores the source of the mental breakdown which has Abed seeing the whole world in claymation. It includes Willy Wonka-esque songs ejecting members of the study group from Abed’s dangerous hallucinations one at a time. The episode even features a remote control Christmas pterodactyl and the line, “Somewhere Tim Burton just got a boner.” Sincerely dark like every special on this list, this ending does provides the most Christmas cheer.

Make haste, there’s not a moment to waste! Only a little over a month to check out all these unconventional Christmas classics.