Here’s that 1st one from my earlier post as a refresher:

These two posters certainly seem to have a common theme: there is literally a plate of glass (“security”) keeping visitors and employees, like Bryce Dallas Howard’s Dr. Claire Dearing, away from monsters that could devour a human in a single bite. The Indominus Rex snout in the first poster, and the majestic/terrifying Mosasaurus eating a shark in the other.

But don’t fear! Owen Grady (Chris Pratt) and his Pride of Velociraptors are here! 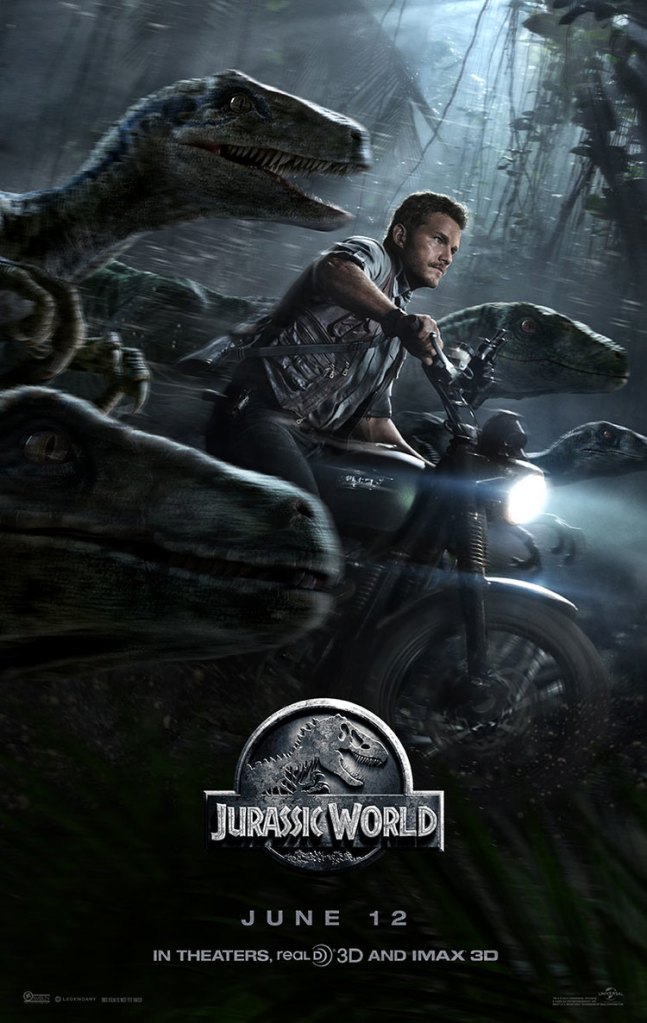 A new trailer  for Jurassic World premieres Monday online. Hopefully we get a bunch of exciting new images, without a clear shot spoiling the look of poor, misunderstood, Indominus Rex.