For all you kiddies who’ve only seen the Pierce Brosnan and Daniel Craig films; SPECTRE is the original QUANTOM-esque terrorist organization. 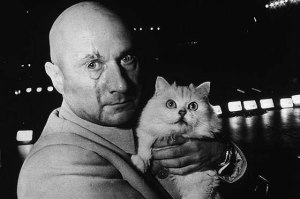 The OG threat to Bond, 007 encountered many SPECTRE agents in the 1960’s, but none more famous than Bond’s ultimate nemesis, Ernst Stravo Blofeld; a character that was portrayed by several actors, just like James Bond.

You may recognize the most common look of Blofeld, from ‘You Only Live Twice.’ Let me give you a hint, he was bald, had a scar on his face, wore a silly silver suit, and stroked a white kitty.

Now, pay attention to the poster. Doesn’t that bullet hole look like a spider or octopus? 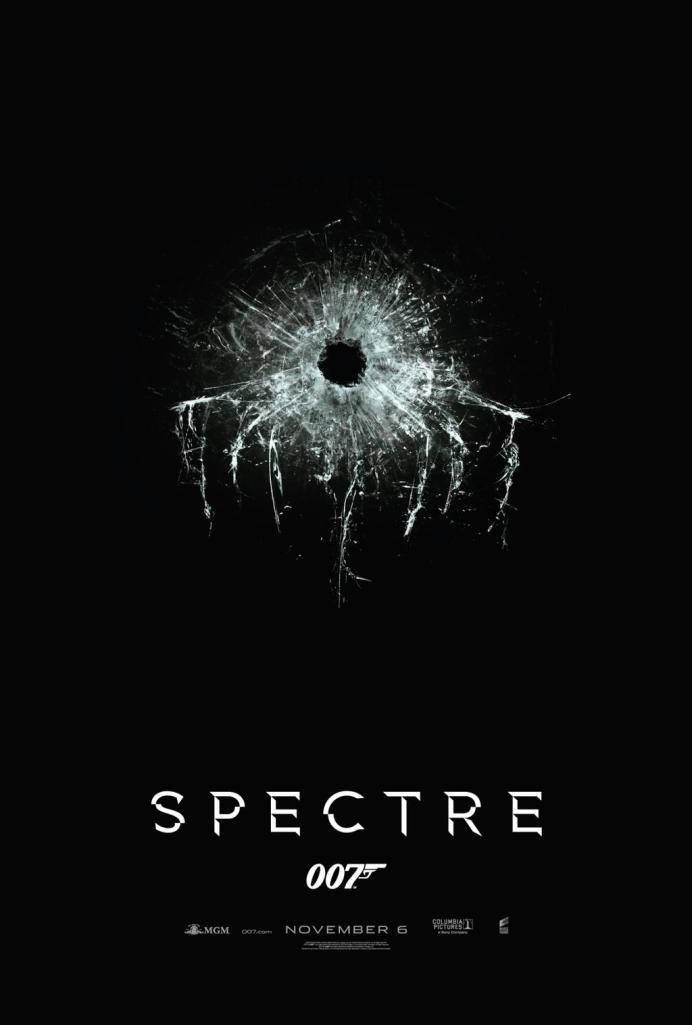 If not, here is OG SPECTRE’s Hydra-esque logo.

“A cryptic message from Bond’s past sends him on a trail to uncover a sinister organization. While M battles political forces to keep the secret service alive, Bond peels back the layers of deceit to reveal the terrible truth behind SPECTRE.” Mr. Craig will be joined by Christoph Waltz, Lea Seydoux, Dave Bautista (as a henchman type character, I believe), Andrew Scott (Moriarty on Sherlock), and Monica Bellucci. Returning from Skyfall will be Naomi Harris (Eve Moneypenny), Ben Whishaw (Q) and Ralph Fiennes (replacing Judi Dench as “M”). Director Sam Mendes is returning, which makes this the first 007 film to be helmed by the same director twice in a row since License to Kill ended John Glenn’s run in 1989. Skyfall writers John Logan, Neil Purvis and Rob Wade are returning as well.”

But what does SPECTRE mean for Daniel Craig’s 007?

It means the movie will definitely bring back the feel of the old movies, less cold and brutal than ‘Casino Royale’ or even ‘Skyfall,’ bringing classic elements into the mix… and not just the SPECTRE organization.

And the movie’s cast is loaded with great potential villains from the genius Christoph Waltz, to Andrew Scott whose Moriarty on BBC’s ‘Sherlock’ is the best TV baddie ever, and finally Dave Bautista (Drax in ‘Guardians of the Galaxy’). And with that title, one expects either Waltz or Scott will be Blofeld!

Really exciting title, that unlike ‘Skyfall’ gives us great insight into where the 007 franchise is headed. Great cast, Sam Mendes is back to direct, same writing team… how could it go wrong? (*Fingers Crossed*)

But what about Quantum though? ‘Casino Royale’ and ‘Quantum of Solace’ set up Mr. White and the Quantum organization, that, like SPECTRE, has political influence and carries out terrorist activity across the globe. Does Quantum turn out to be SPECTRE? Or where Quantum and Mr. White lazily kicked to the side after Quantum’s poor reception?

Add ‘007: Spectre’ to that list of 2015 movies to see that already includes ‘Star Wars: The Force Awakens,’ ‘Jurassic World,’ ‘Avengers: Age of Ultron,’ ‘Mission: Impossible 5,’ and many others. 2015 is going to be an expensive year for you geeks who don’t work at a movie theater.

Is it too early to suggest Benedict Cumberbatch as the villain in ‘Bond 25?’

One thought on “Bond 24 Has The Best Title Ever: ‘Spectre’”