I (we as the internet) was also right… Steve Rogers’ next adventure, shared with Tony Stark, will be titled ‘Captain America: Civil War.’

That’s just the tip of the iceberg as we now have titles for all those dates Marvel blocked off at Comic Con this year, including ‘Black Panther,’ ‘Dr. Strange,’ ‘Captain Marvel,’ and ‘The Inhumans,’ as well as ‘Thor 3’s telling subtitle. Official logos too!

Without further ado, here’s Marvel’s ‘Phase 3’ slate; all the titles we will see before ‘The Avengers: Infinity War Part II’ in 2019. 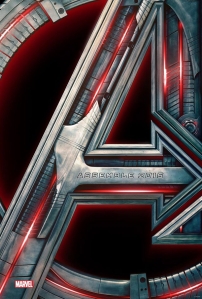 Not technically ‘Phase 3…’ at all. But we’ve seen the trailer and I’ve proposed different ways the film may play out based on said trailer and previous knowledge of the Avengers next adventure which has them facing off against the villainous Ultron.

Though slated after ‘Age of Ultron,’ Marvel Studios is calling ‘Ant-Man’ the last film in their ‘Phase 2.’

Perhaps this is because it all ties back to ‘Age of Ultron’ and the planned TV show ‘Agent Carter;’ the latter about the adventures of Steve Rogers’ 40’s fling, Agent Peggy Carter. You know, his lady to whom he promised that dance before nosediving into the arctic.

Ant-Man has John Slattery back as as older Howard Stark, reprising his role as Tony’s father from the archive footage in ‘Iron Man 2.’

So, ‘Ant-Man’ does seem to have ties to the past involving a still living Howard Stark with a younger Hank Pym, creator of Ant-Man (and Ultron in the comics…)

‘Age of Ultron’s teaser also gave us small glimpses of Captain America in the 1940s, either in flashback form or some sort of Scarlet Witch mind fuck.

Armed with a super-suit with the astonishing ability to shrink in scale but increase in strength, con-man Scott Lang must embrace his inner hero and help his mentor, Dr. Hank Pym, plan and pull off a heist that will save the world.

So ‘Phase 3’ really begins with:

With Robert Downey Jr.’s Tony Stark joining Chris Evans’ Steve Rogers for ‘Civil War’ has the makings of the biggest non-‘Avengers’ titles, seeing as how it features Marvel’s two most popular characters this side of the galaxy.

We don’t know all the other players, but the film will be used to introduce…

This title, along with the titles of other franchises and new solo-movies does lead me to believe ‘Civil War’ will play out in just ‘Captain America 3,’ not bleeding into other non-Capt. franchises.

What little we know about the ‘Dr. Strange’ movie was covered yesterday when the incredible actor Benedict Cumberbatch was cast as Stephen Strange.

Like ‘Captain America: Civil War,’ ‘Guardians of the Galaxy 2’ is a given for Marvel Studios, not a newbie with risks like ‘Ant-Man,’ Dr. Strange,’ and ‘Black Panther.’ If Marvel has it’s way, they will somehow spin these lesser-known characters into the cinematic gold they mined out of the completely unheard of Star-Lord, Rocket, Groot, Drax, and Gamora.

No way this film continues ‘Civil War.’ No way the Guardians defeat Thanos (though he may make his first major appearance in ‘Guardians 2’ or ‘Captain Marvel;’ the 2nd film we will discuss in a bit). The Guardians have other shit to deal with, like who is Peter Quill’s father? (Darth Vader?)

‘Infinity War’ will finally have Thanos and his Infinity Gauntlet at the center of the Avengers 3rd adventure.

Loki returns! After all, eventually Thor needs to pull Loki off the throne of Asgard to set things right on his home-world.

Though there is a character in the Marvel Universe named ‘Ragnarok,’ the title likely refers to Norse Mythology

Ragnarök is a series of future events, including a great battle foretold to ultimately result in the death of a number of major figures including Odin, Thor, and Loki. ‘Thor 3’ will likely be a giant battle between the two brothers resulting in near-apocalypse at Asgard and perhaps around the nine-realms.

Though he will be introduced in ‘Captain America: Civil War,’ Marvel is giving the Prince of Wakanda his own solo feature. Chadwick Boseman, who played Jackie Robinson in ’42’ and James Brown in ‘Get On Up,’ stars as the title character, who rules a fictional African nation rich in Vibranium, the invincible metal that makes up Captain America’s shield.

There is evidence that suggests the Avengers and/or Ultron will head to Wakanda to meet up with Ulysses Klaw in ‘Age of Ultron,’ but again, at this point, it’s all speculation. I doubt we will see Black Panther or his alter-ego until ‘Civil War.’

The final battle begins! Thanos will have his Infinity Gauntlet, made up of the four Infinity Gems we’ve seen thus far (Loki’s mind gem, the aether, the tesseract, and “The Orb” from ‘Guardians of the Galaxy’) and the two that Mavel Studios needs to introduce in Phase 3.

How it all plays out is a mystery, but once the Mad Titan Thanos gets his hands on all 6 Infinity Gems, it’s going to take more than the Avengers and the Guardians of the Galaxy to defeat him.

Finally, that mid-credit sequence introducing Thanos at the end of ‘The Avengers’will be paid off! In full!

Carol Danvers is set to be our version of Captain Marvel (there have been male versions as well, but Danvers is the most recent Captain Marvel in the comics), the only female Marvel character to lead her own movie.

DC will beat Marvel to the punch by a year with their ‘Wonder Woman’ movie in 2017.

Captain Marvel is space-bound; a closer part of the larger Galaxy-spanning Marvel Universe to The Guardians and Thanos, than the Avengers. Between ‘Captain Marvel’ and ‘The Inhumans’ who are next up, it looks like Marvel Studios is building a bigger team than just the Guardians of the Galaxy from across the universe that will help the Avengers in their fight after their assumed failure in Part 1 of ‘Infinity Wars.’

Like the Guardians, Avengers, and The Defenders (who are getting their solo-series on Netflix followed by a ‘Defenders’ show, also on Netflix), the Inhumans are another fascinating group of heroes. They have ties to alien mythology and the part of the universe that is home to the Guardians and Captain Marvel.

It looks like Marvel is building a team of non-Earthlings between their ‘Infinity War’ movies to provide back-up to the Avengers who know little of Thanos compared to the Guardians, Captain Marvel, and the Inhumans.

These two films following ‘Infinity Wars, Part I’ set a new precedent for Marvel, three movies in one year (2018) as opposed to the usual two! 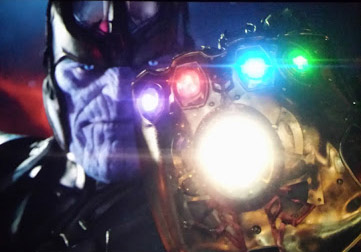 Everything comes to a head. Technically, you can trace this storyline back to the discovery of the Tesseract, but really, we’ve all been waiting for the arrivial of Thanos since we saw his smirking face at the end of ‘Avengers.’

It’s the payoff of 2o movies and 10 years. A final, climatic film with all players fighting the most powerful enemy introduced in the MCU (the comics have greater threats than Thanos; threats he has had to step in and help stop himself).

Rest assured, Disney & Marvel won’t let the MCU die there, but this round of Avengers movies will be over, with newer characters like Dr. Strange and Black Panther carrying the weight once actors like RDJ, Chris Hemsworth, and Chris Evans are done with the super-franchise.

What About Hulk, Black Widow, and Loki?

All three characters have become fan favorites as a result of ‘The Avengers,’ yet none will see their own film in Phase 3.

Though Hulk really shined in ‘Avengers,’ he’s had two flop solo-pictures between Ang Lee’s ‘Hulk’ and the MCU’s ‘Incredible Hulk.’ But we’ll still see him, not only in ‘Avengers’ movies but also some solo movies as well. ‘Captain America: Civil War,’ perhaps?

“I wouldn’t say Hulk is absent from the timeline. I would say that Hulk is going to appear in many of those movies – particularly all of those Avengersmovies leading up to 2019. And Infinity War, Mark Ruffalo is on board for all those films, and we’re excited to bring him to all those films.”

As for Loki, it sounds like he’ll have his biggest role yet in ‘Thor: Ragnarok’ which should please fans to end.

And for Black Widow… apparently Marvel Studios is more concerned with introducing new characters played by new actors who will work for cheap. It’s a lot cheaper to hire an actor to play ‘Captain Marvel’ than to pay Scarlett Johansson to continue her popular established Avenger into a solo move.

So, that’s Marvel’s plan for the next five years. I will be in my thirties by the time I see the end of Phase 3.

One thought on “Marvel Announces Complete Slate of Titles Leading Into ‘Avengers: Infinity War Part I & 2’”