The following still was just released from STAR TREK INTO THE DARKNESS.

This still reveals that it is not Spock and Kirk pressing their hands against the glass as the did in STAR TREK II: THE WRATH OF KHAN.

It is Spock and Benedict Cumberbatch’s hand!

Thank God, WRATH OF KHAN is not being redone in any form.

But what is Spock’s connection to Cumberbatch? Former shipmates? Family (Cumberbatch doesn’t have Vulcan ears, but Spock IS half human)?

Is Spock saying goodbye to an old “friend” who has gone evil and is going ton be ejected into space?

Either way, this means Gary Mitchell is still an option as his character.  Yay! 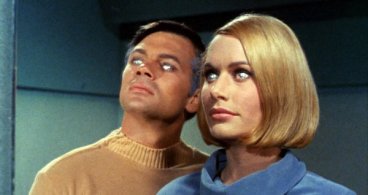 Mayhaps he returns, has to be ejected into space, then attacks Earth and Starfleet? Cause he’s possibly immortal, bitches!

We’ll hopefully know sooner rather than May 17th.