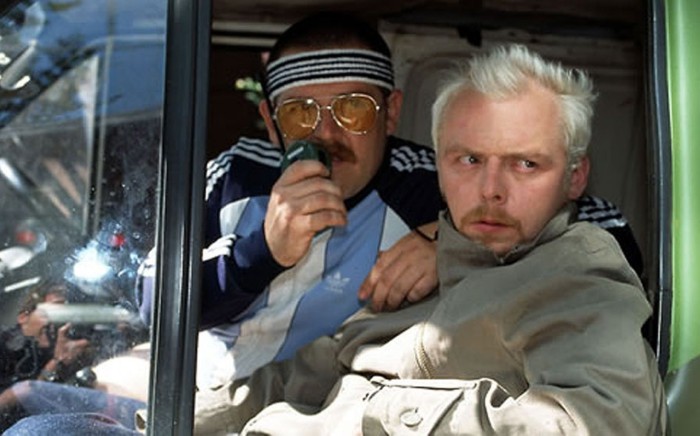 Though not a term exclusive to the 1999 UK television series Spaced, the phrase quickly became one of the show’s running jokes, being recited throughout both seasons frequently and even serving as the name of the Documentary about the making of Simon Pegg’s breakout show.

Spaced was created & written by Jessica Hynes (who also appeared in Shaun of the Dead and voiced a character in Harry Potter and the Order of the Phoenix) and Simon Pegg (Scotty in current Star Trek), who also starred as the show’s two leads. Simon Pegg also wrote Star Trek Beyond, so it seems like more than just a coincidence when Captain Jim T. Kirk (Chris Pine) utters the line in the 3rd act of the film.

Kirk tells either Spock to “Skip to the End” as he rattles off Sci-Fi jargon. As a big fan of Spaced I immediately thought of the show when Kirk uttered the classic line, even without the thick accent and 2 second speed. 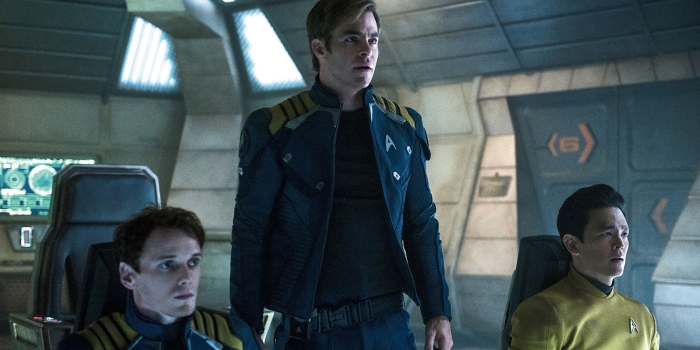 Spaced referenced Star Wars and Star Trek all the time as it was a show about failing professionals in their early twenties that happened to be geeky stoners.  It was also the first time I had heard the theory that only the even numbered Star Trek films are good, as explained by Simon Pegg’s character Tim Bisley:

“I mean, it’s a fact, sure as day follows night, sure as eggs is eggs, sure as every odd-numbered Star Trek movie is shit.”

Skip to the end!

Fine. If you haven’t seen Spaced and are a fan of Shaun of the Dead, Hot Fuzz, or World’s End, you really should, as that show was a testing ground for much of the humor that followed in the films. The show and all three movies were also directed by Edgar Wright. And apparently watched by Captain Kirk centuries later.