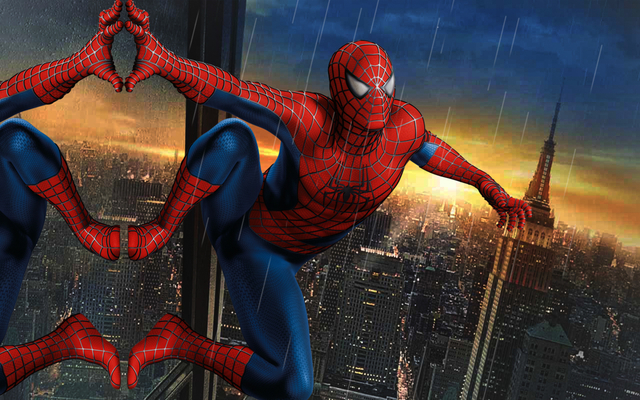 Monday night Marvel made an announcement on their website (web… site… webs… like Spider-Man!) announcing to the world that Sony and Marvel Studios/Disney have reached an agreement to bring Marvel’s most popular character Spider-Man into Marvel’s most successful franchise/universe: the MCU (Marvel Cinematic Universe).

The official announcement from Marvel’s website is below. Following that quick read, let’s break down what all this means for Spider-Man, Sony, Marvel Studios, and the rest of the MCU’s Phase 3, which has been shuffled due to the addition of a Spider-Man solo pic in 2017.

Under the deal, the new Spider-Man will first appear in a Marvel film from Marvel’s Cinematic Universe (MCU). Sony Pictures will thereafter release the next installment of its $4 billion Spider-Man franchise, on July 28, 2017, in a film that will be co-produced by Kevin Feige and his expert team at Marvel and Amy Pascal, who oversaw the franchise launch for the studio 13 years ago. Together, they will collaborate on a new creative direction for the web slinger. Sony Pictures will continue to finance, distribute, own and have final creative control of the Spider-Man films.

Marvel and Sony Pictures are also exploring opportunities to integrate characters from the MCU into future Spider-Man films.

The new relationship follows a decade of speculation among fans about whether Spider-Man – who has always been an integral and important part of the larger Marvel Universe in the comic books – could become part of the Marvel Universe on the big screen. Spider-Man has more than 50 years of history in Marvel’s world, and with this deal, fans will be able to experience Spider-Man taking his rightful place among other Super Heroes in the MCU.

Bob Iger, Chairman and CEO, The Walt Disney Company said: “Spider-Man is one of Marvel’s great characters, beloved around the world. We’re thrilled to work with Sony Pictures to bring the iconic web-slinger into the Marvel Cinematic Universe, which opens up fantastic new opportunities for storytelling and franchise building.” 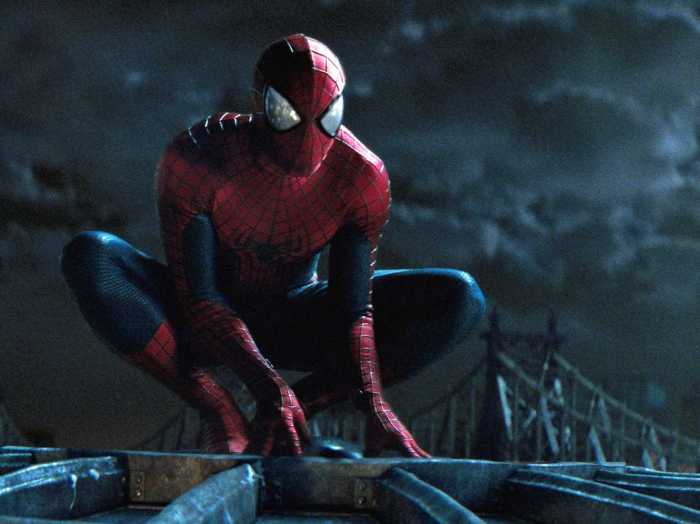 “We always want to collaborate with the best and most successful filmmakers to grow our franchises and develop our characters. Marvel, Kevin Feige and Amy, who helped orchestrate this deal, are the perfect team to help produce the next chapter of Spider-Man,” said Michael Lynton, Chairman and CEO of Sony Pictures Entertainment. “This is the right decision for the franchise, for our business, for Marvel, and for the fans.”

“Sony Pictures and Marvel Studios share a love for the characters in the Spider-Man universe and have a long, successful history of working together. This new level of collaboration is the perfect way to take Peter Parker’s story into the future,” added Doug Belgrad, president, Sony Pictures Entertainment Motion Picture Group.

“I am thrilled to team with my friends at Sony Pictures along with Amy Pascal to produce the next Spider-Man movie,” said Marvel Studios President Kevin Feige. “Amy has been deeply involved in the realization on film of one of the world’s most beloved characters. Marvel’s involvement will hopefully deliver the creative continuity and authenticity that fans demand from the MCU. I am equally excited for the opportunity to have Spider-Man appear in the MCU, something which both we at Marvel, and fans alike, have been looking forward to for years.”

Spider-Man, embraced all over the world, is the most successful franchise in the history of Sony Pictures, with the five films having taken in more than $4 billion worldwide.

Let’s put all this in Layman’s terms. I’ll answer the questions this deal raises right now!

Does Marvel Studios Own the ‘Spider-Man’ License now?

That’s a very full playing field and I would be worried, but the same writers and directors from ‘Winter Soldier’ are returning and, simply put, ‘Captain America: The Winter Soldier’ is the best MCU film yet. 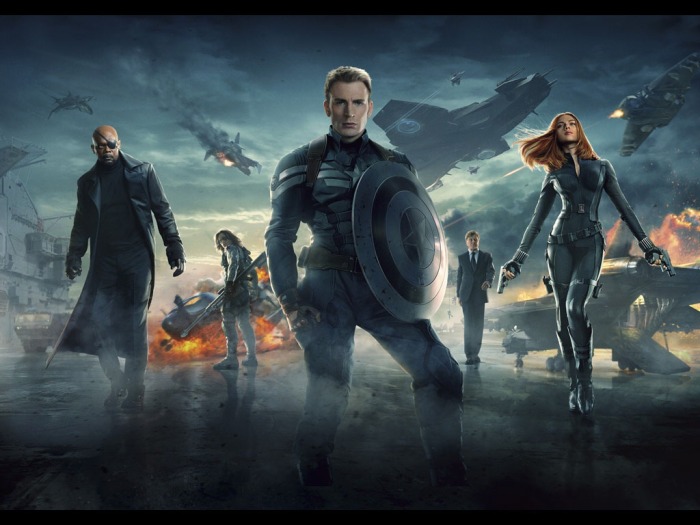 After appearing in ‘Civil War’ made by Marvel Studios (there’s a small chance Spider-Man may instead appear in 2016’s ‘Dr. Strange,’ but that hero pairing makes less sense), Spider-Man will get his own solo-pic on July 28th, 2017.

Marvel makes the MCU movie, Sony does all production on the solo-Spider-Man films like the apparent “reboot” of Spider-Man as a member of the MCU. They split the money.

Sony saves their crumbling 4 billion dollar ‘Spider-Man’ franchise (after ‘The Amazing Spider-Man 2’ fell below expectations and alienated Spider-Man fans who have seen 3 bad films too many) with the might and creative input of Marvel’s incredibly successful MCU overseen by Kevin Feige.

Sony keeps all rights and has all final say on the new ‘Spider-Man’ films, though Feige will partner with Amy Pascal, who recently stepped down as President of Sony to head the production company handling Spider-Man for Sony.

Sony gets the good-will of the MCU and Marvel gets to use Spider-Man in their extended universe.

They will split the profits as they have in the past with the ‘Spider-Man’ franchise.

What Does This Deal Mean For ‘The Amazing Spider-Man 3’ and ‘Sinister Six?’

There’s a bit of confusion here. Since Marvel is introducing a new Spider-Man, said to be high-school age to contrast the older Avengers who are all in their thirties and forties, it seems Andrew Garfield is out. It is also assumed the ‘Amazing’ header is kaput, with a brand new era starting for the web-slinger. 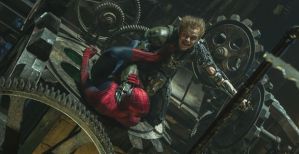 There are reports that Sony still wants to make ‘Sinister Six,’ ‘Venom,’ and a female-team-up with characters from Spider-Man’s universe like Spider-Woman. It is not clear how these fit in the new continuity, as ‘Amazing Spider-Man 2’ was basically a big set-up for ‘Sinister Six,’ and now it appears we are entering a new age of Spidey, ignoring not only the original Sam Raimi films but the Marc Webb directed ‘Amazing’ titles. 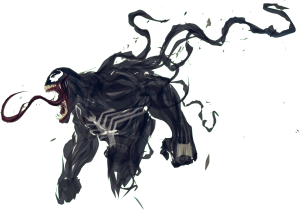 How Sony gets the other projects off the ground is a mystery; the scariest part of the equation. As they don’t need to consult Marvel with these titles which could be as poorly handled as ‘Amazing Spider-Man 2.’

‘Amazing Spider-Man 3’ appears to be dead, making way for a new title. Is it back to ‘Spider-Man’ with a subtitle (please!) or another book’s name like ‘Ultimate Spider-Man’ or ‘The Sensational Spider-Man.’

No! Both Garfield and director Webb are out of the equation now. Rejoice!

This movie is still about Peter Parker right?

Not necessarily. Unless I missed it, the name Peter Parker is never mentioned in the announcement.

One way to shake up the franchise is to not use Peter at all and instead go with Miles Morales, who took over for Spider-Man in the ‘Ultimate’ Comics Universe after Peter Parker was killed by the Green Goblin.

Mile Morales is black, which would be an amazing change for the franchise. Is the story of a black nerd in Queens any different than if he was white?

You could even keep the name Peter Parker and go black. I really want the franchise to go this direction, mainly because I think comedian/rapper/actor Donald Glover would be an amazingly geeky, yet hilarious Spider-Man. Sony needs a funny-man like Glover to make those quips quippy enough for Spidey.

All this being said, Sony is apparently looking at Dylan O’Brien from MTV’s ‘Teen Wolf’ and ‘The Maze Runner’ and Logan Lerman from ‘Fury’ suggesting Spider-Man will remain a white Peter Parker.

What Does This Mean for the Rest of the MCU? 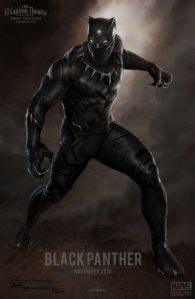 It’s shuffle time. Marvel may have already released their ‘Phase 3’ lineup last year, but the addition of Spider-Man shakes things up. First, by hitting July 2017 he takes ‘Black Panther’s release date, pushing Panther’s solo movie to November. Other films are pushed by several months including pushing the ‘Inhumans’ movie to AFTER ‘Avengers: Infinity War’ Part 1 & 2.

Who knows what other changes Spider-Mans addition to the MCU will cause, as he could be a main player in a new Avengers team containing newbies Black Panther, Ant-Man, Dr. Strange, a Bucky Barnes or Sam Wilson Captain America, and likely Quicksilver and his sister Scarlet Witch in ‘Infinity War’ and beyond! As long as Sony and Marvel continue to play nice.

Sony gets the Marvel Studios bump to save their ‘Spider-Man’ property. Hopefully Kevin Feige’s influences improve the quality of films to a point even above Raimi’s.

Marvel Studios gets to use Spider-Man in at least one film, if not through Phase 3 and possibly 4. Their characters, like Daredevil, can also cross over into a Sony made, Spider-Man solo film. 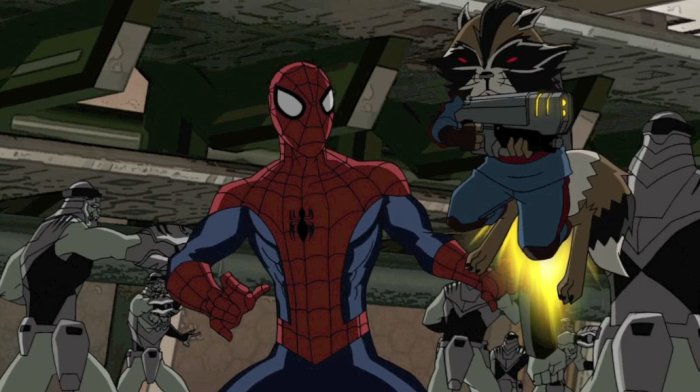 We get to see Spider-Man alongside our new favorite heroes. Rocket and Spider-Man shooting the shit in ‘Avengers: Infinity War?’ Why not!

Rejoice! We’ve all won something special, something to look forward to for years to come.