Halloween is a day for Trick or Treating, candy, and parties with women wearing the most revealing costumes imaginable.  Or, if you’re like me, it’s the perfect night for a good movie… or two… or ten! Here the 10 films I’d most recommend this Halloween 2016!

You will find that my list is fairly unique with far more unconventional and lesser known choices instead of the obvious titles like Halloween, Friday the 13th, Nightmare on Elm Street, etc.

Best straight-up zombie movie. Period. Danny Boyle’s zombies even more frightening than the traditional model, capable of incredible speed, the ability to walk up stairs and climb ladder, and infecting others in seconds by spitting blood at them, in addition to the classic bite. The opening sequence with a completely abandoned London is an astounding image that is hard to forget. Finally, the most important rule of zombie movies is present: the zombies aren’t as dangerous as the other survivors (especially the military). Bloody good scares.

My list is full of horror/comedy hybrids. Even the most traditional of horror movies on this contains some laughs (except for 28 Days Later). I don’t always watch horror, but when I do, I like it with a splash of comedy. Sam Raimi’s Evil Dead trilogy set the standard for full on horror with some ridiculous laughs, with the 1st film arriving in 1981, predating any of the other movies on this list. The third film, Army of Darkness wasn’t released until 1992 and it upped the comedy considerably from even the grossly hilarious Evil Dead 2. Never has someone uttered as many  delicious one-liners than Bruce Campbell as Ash. There are skeletons, possessions, graveyards, and not just evil mini versions of Ash… but an actual full-sized Evil Ash (or “Bad Ash”). Raimi’s unique style oozes throughout the film; his own little quirks are nearly as recognizable as Tim Burton’s.

9) Shuan of the Dead

Shaun of the Dead (like all Edgar Wright/Simon Pegg collaborations),puts comedy 1st, yet still plays by all the rules of the genre. Shaun of the Dead is not a parody of zombie movies as much as it is love-letter to the genre with comedy. It’s the movie that put director Edgar Wright and actors Simon Pegg & Nick Frost on the international stage, leading to other amazing parody/homages Hot Fuzz and The World’s End, so you know it’s good!  Not as terrifying a zombie movie as 28 Days Later, but still full of scares… balanced gently with laughs. 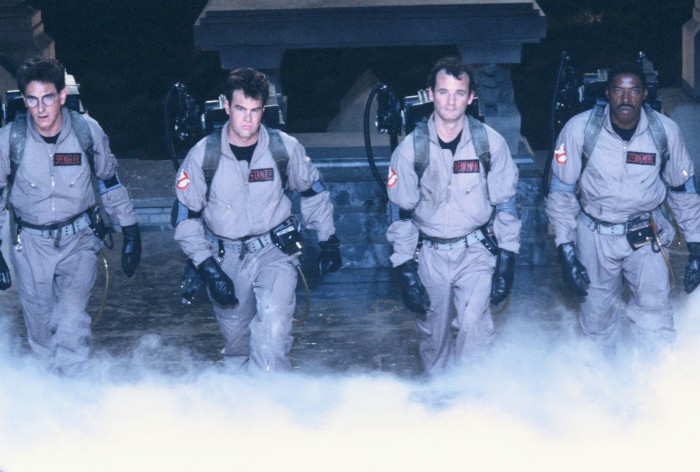 The original Ghostbusters from 1984 is a given, especially on a list with a comedy twist. Like Shaun of the Dead, this classic was conceived as a comedy movie first, but went on to embrace paranormal scares with great special effects… at the time. It’s not the scariest movie about ghosts, but it is the most iconic. You don’t need to sold on this one; Ghostbusters is a true Halloween Classic with hilarious performances by Bill Murray, Harold Ramis, Dan Aykroyd, and Ernie Hudson.

This year’s reboot, also titled Ghostbusters, is not nearly as good as the original, but still has a lot of great laughs with creative, modern twists on the original film. It may be less scary than the original, throwing it further into comedy territory, but the blockbuster is still a fun watch; an especially useful pick if your friend insists on modern special effects. Besides, Kate McKinnon as Holtzmann and Chris Hemsworth as Kevin are the two funniest performances of the year.

6) The Nightmare Before Christmas

With stunning animation directed by stop-motion genius Henry Selick, music written, conducted, and sung by Danny Elfman, and the touching story of a skeleton experiencing a mid-death crisis, seeking new purpose in his life. Plus… it’s also for kids! The Nightmare Before Christmas is a beautify Disney movie that looks amazing in HD; as you can see the very materials the sets and characters where physically made of! My favorite animated film. 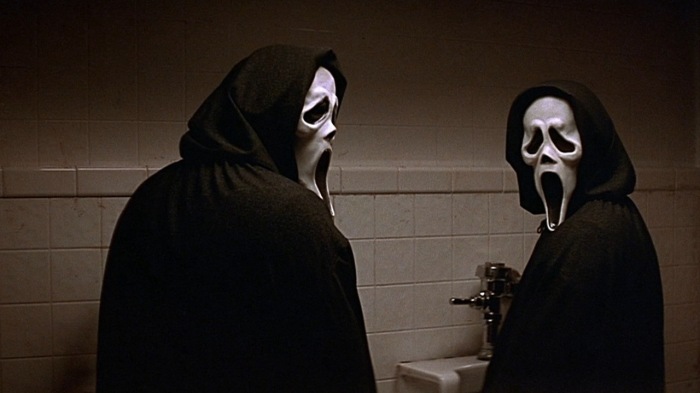 Besides 28 Days Later, the Scream films (ONLY the 1st two!) are the most full blown horror movies on my list. Scream was a game-changer for the genre in the 90’s; a horror movie that was so meta it had a character literally explain the rules of a horror film. With this level of self-awareness, the first two Scream movies were able to subvert said rules, providing plenty of fright misdirects while still delivering on the gory promise of a slasher film. No one is safe! The fact this formula worked two times is a testament to the sequel, which was able to feel fresh and bring “the rules of a sequel” into the mix. Scream‘s not a respectful parody like Shaun of the Dead, but rather a full-on horror flick with A+ scares, blood, and that self-aware twist.

3) Cabin in the Woods

Cabin in the Woods came along in 2012 and took Meta to the next level! Co-Written by the great Joss Whedon, Cabin in the Woods also introduces all the rules only to subvert them. There’s an order in which each archetypal character must die (the jock, the loose girl, the stoner, the virgin… etc), but that doesn’t mean it’s followed. Cabin in the Woods take this idea of extreme self-awareness a bit farther, dissecting not just one horror sub-genre, but instead examining the many types of scares that cross cultures. Best of all, the film is half horror cliches and half office workplace comedy. It’s impossible to explain without spoiling the movie, but let’s just say it’s just as interesting watching Richard Jenkins and Bradley Whitford go about their extremely odd and disturbing job as it is watching Chris Hemsworth and friends try to survive in their cabin in the woods. 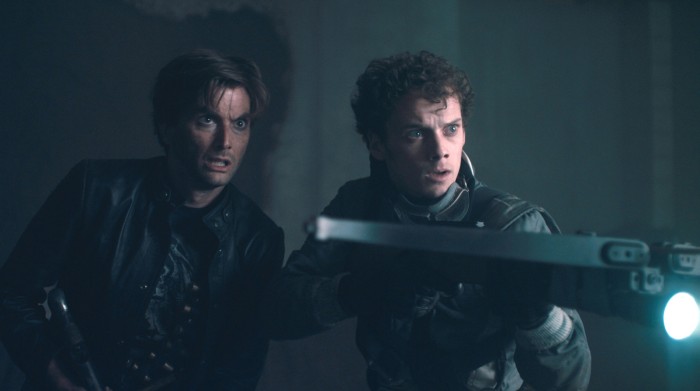 Oh, 2011’s remake of Fright Night, you would be on so many people’s Halloween lists if anyone had seen you. You’re forgotten, not bad.

I always thought Fright Night was a horror/comedy, but my friends will tell you it’s just horror. Perhaps the comedy I see comes from the brilliance of David Tennant as Peter Vincent, the “Vampire Hunter,” and Collin Farrell chewing the scenery as Jerry the Vampire. It’s the late, great Anton Yelchin’s best movie, taking a story about Vampires and spinning the location of Las Vegas, a city full of half-empty neighborhoods due to the housing crisis,into a character that adds fun, creative twists. An overlooked horror movie about Vampires, of course the “new” Fright Night on my list!

Three Halloweens ago, I wrote an entire post about The Frighteners. Not if there’s anything more to say today then I did in 1,000 words three years ago. Peter Jackson’s classic is at the top of my list for a reason. My list is ranked in order from least recommended to most, so if you only have time for one movie this Halloween, give The Frighteners a chance! Like Fright Night, it simply slipped under the radar in 1996. Hey… that makes this the 20th Anniversary of The Frighteners! Now you have no excuse!

I know I’ll be watching it…