These days, Geeks are all the rage.  You hear “Geek” far more often than “Nerd,” but people like to classify as one or the other… or use them interchangeably. Are we in the era of Geek Culture or Nerd Culture? Does it matter?

Google’s definition of Geek is:

“We all geeked out for a bit and exchanged ICQ/MSN/AOL/website information.”

“I am totally geeking out over this upcoming film.” 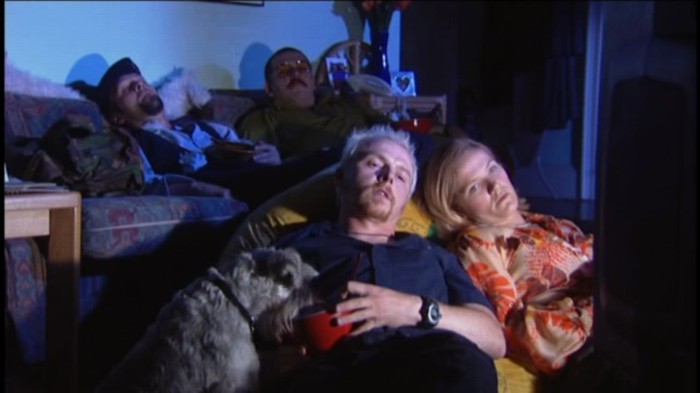 Meanwhile, the official definition of Nerd:

“One of those nerds who never asked a girl to dance.”

Carnival Performers are obviously not what I am referring to when I self-identify as a Geek, but to “be or become extremely excited or enthusiastic about a subject, typically one of specialist or minority interest” is spot on. “I am totally Geeking out over this upcoming film,” might as well be my mantra! The definition of Nerd eerily similar, as if there is no difference, also referring to someone who is “single-minded expert.” Google uses the example of “a computer nerd,” but is that really any different than “a computer geek?”

The other part of the definition applies to both sides as well: A Geek is “unfashionable or socially inept person” while a Nerd “lacks social skills.”

In this millennium, from my experience, Nerd still has the potential to come across as a slightly derogatory term, while being a Geek is celebrated, especially as Geek Culture (Superheroes, Star Trek, Harry Potter, etc) has become the most mainstream form of cinema, with millennials (myself included) wearing all sorts of references to their favorite Geek Culture right on their T-Shirts. Loads of people self-identify as Nerds, obviously embracing the classification, just as I prefer Geek. Yet, I can still picture a jock calling someone a “Nerd” as an insult (maybe that’s a residual effect of my High School experience over 10 years ago). I’m sure “Geek” could also be used as an insult by a “mouth breather,” but Geek does seem to be the more accepted term nowadays.

My personal definition before writing this article was that a Nerd meant someone who was really smart, either in Science, Math or with Computers, while a Geek applied to someone with an obsession over something… anything really. For me, Geek is all about obsession; not just limited to traditionally “Geeky” culture like comics, Sci-Fi, computers, etc. In my mind, If you don’t play Football, but you’re obsessed with stats and play Fantasy Football, you’re a Sports Geek! No matter how “manly” or mainstream the subject, if you’re obsessed with anything, you’re a Geek!  I would now also accept the classification of “Nerd” in the exact same context.

My final conclusion is that, if there is, indeed, a line between Geek and Nerd, it is incredibly blurred. Whether you identify as a Geek or a Nerd, it’s up to you! And if a Neanderthal does call you a “Geek” or a “Nerd” in malice, own it! We’re all one or the other… All of us are geeky/nerdy over something.

And all are welcome here, at Breaking Geek!