Below are original screen grabs from the new ‘Lego Jurassic World’ Video Game trailer that launched today. I have a screenshot of (nearly) every scene, so relive every moment at your own pace! Or catch something new!

Journey to Isla Nublar… in a Lego Helicopter.

Even though the trailer obviously focuses on ‘Jurassic Park’ memorable scenes, we’ll get the whole ‘Jurassic World’ experience when the game hits in June. 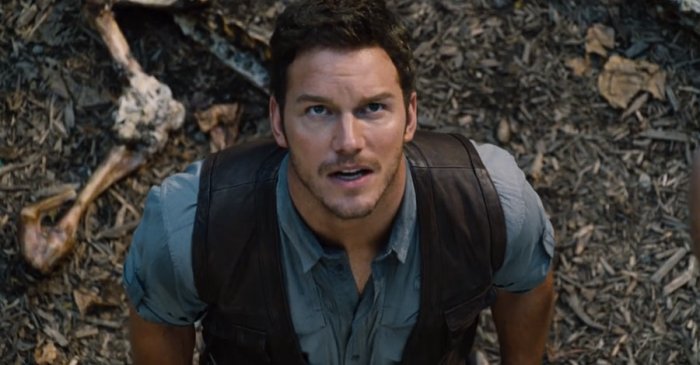 The first full ‘Jurassic World’ trailer is here and it evokes mixed emotions.

Like with ‘Star Wars: The Force Awakens’ (formally ‘Star Wars: Episode VII), I feel it utterly impossible for ‘Jurassic World’ to be any worse than what came immediately before; the prequel trilogy in one case and ‘Jurassic Park 3’ on the other.

The trailer is pretty great, arousing strong nostalgia when seeing the new gates that read the new theme park’s name,’Jurassic World.’ Seeing the almost alternate reality of what it would have been like if ‘Jurassic Park’ opened in 1993 without a hitch. A safari ride among the gallimimus! A river boat cruise (which actually comes from the book)!

Hence another positive; the fourth in the franchise appears to be returning to the original book for ‘new’ material.

Of course, if the park continued to stay fine and dandy, we wouldn’t have a movie. Cue mass panic with an island full of tourists!

Watch the trailer for yourself!

Looks like a refreshing retake on the classic dinosaurs-escape-and-eat-man formula.

And as previously mentioned, oh, the nostalgia! Kids in peril! Flairs! Mosquitos in amber!Feeding a big animal to a more vicious animal! Sexy archaeologists/scientists. That melancholy score. Nostalgia!!! So much it nearly hurts! Hurts so good!

Love the idea of the literal monster; a freak dinosaur hybrid with unknown strength and intelligence. The dinosaurs in ‘Jurassic Park’ were scary animals… this new movie is more of a monster movie with a more moderately a sized Godzilla (they spared some expense).

Great twist on the genre, love the nostalgia the movie seems to evoke, and really, really love the premise of the park being open for over a decade before the ‘incident’ this time, unlike the preview weekend for the original ‘1993’ Incident.

The only thing that worries me is Chris Pratt riding a bike among velociraptors at the end. A rumor suggests Chris Pratt’s dinosaur-man-role trained raptors to hunt down the dino-hybrid at the end. So if those raptors are muzzled like a set photo we saw, him riding among them will hopefully not be as ridiculous as Shia  LaBeouf swinging with the monkeys. (How can it be? We’re comparing LaBeouf to Pratt here!)

I’m still excited. You had my curiosity, ‘Jurassic World,’ but now you have my attention.

The Park is open.