Thoughts on SKYFALL after first viewing…

Even Switching Actors, Bond is Getting Too Old For This Shit

I know it’s been touched on before in other Bond films, but never has 007’s age been as discussed so often as in SKYFALL. 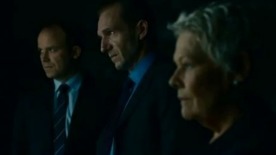 Bond is not in his 90s as he should technically be (ignoring the partial reboot), as the late thirties/early forties character celebrates his 50th anniversary this year. Yet the fact he is an aging star on MI6’s roster is still a concern to M’s boss, Gareth Mallory (Ralph Fiennes). Mind you, Mallory seems set on punishing M after she loset the “knock list” (at least that’s what it is called in MISSION: IMPOSSIBLE); a list of every NATO undercover operative in the field.

The truth we find, is that 007 has indeed “lost a step,” allowed back into the field despite the fact he failed all his examinations; physical and mental. Perhaps his age, but more likely the physical/emotional wound he carries as a result of M’s call that got him shot (including his drinking problem), Bond is off his game and he is sent into the field by M for one simple reason… he is James-Fucking-Bond.

It’s the same reason a single  government authority character always, often secretly, unleashes an agent that “doesn’t always respect authority and play by the rules” to get the job done: think Jack Bauer, Ethan Hunt, John McClain, Murtaugh and Riggs, etc. He may be unstable or even off his game, but he’s still the only man for the job. 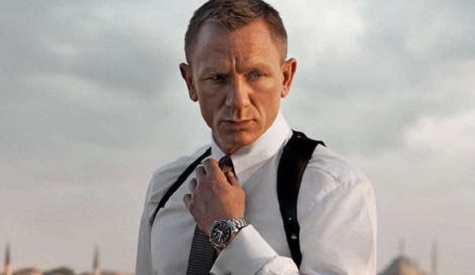 Bond is M’s favorite, her prized stallion who has prevented World War III numerous times, as we’ve watched over the decades.

Honestly, who can blame her? Like I said, 007’s saved the world at least 22 times even before SKYFALL fades in.

But, what’s in it for Bond? The man is loyal to Queen and country (what you’d call a “modern day boy scout” here in the US), but how can all MI6 agents remain as valiant, especially those who feel abandoned by M?

Silva (Javier Bardem) combines aspects seemingly inspired by the terror and meticulous planning of the Joker, the excitement, faith, and overall joy of Loki during his own unfurling plot, the relationship/doppelganger-status of 006; all this while wielding some classic Bond villain eccentricities (one of which is rather progressive in its blatancy, yet not new to the franchise). Bardem is, simply, my 2nd favorite Bond villain behind my long favorite, 006. 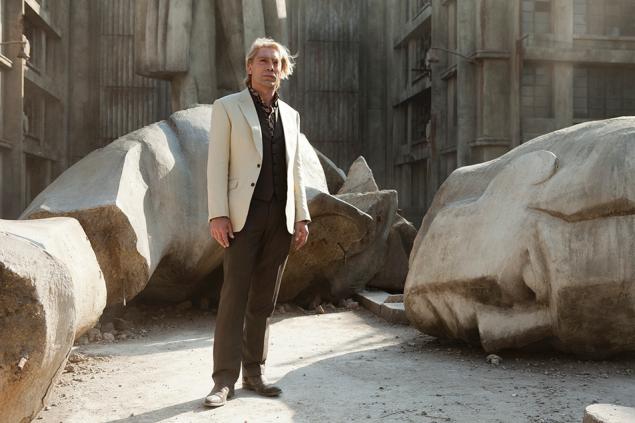 Silva’s way cooler, scarier, and more sadistic than a man with a Golden Gun (also with million dollar bullets), a glorified banker/terrorist who weeps blood, a homicidal media mogul, or a fat man with a gold fetish and an assistant named Pussy. Though it’s a 360 from NO COUNTRY’s Anton Chigurgh, Bardem’s SKYFALL antagonist is goddamn perfect and instantly classic.
Once Bond finally uses his detective skills (highlighted in D. Craig’s CASINO ROYALE and QUANTUM OF SOLACE) to track the mad man down, he finds him to be from M’s past; her favorite agent prior to 007. Agent Silva was reckless like Bond, too reckless, so he too ended up a casualty of espionage.
Captured (or traded even, I can’t remember), Silva suffered various tortures for M and MI6, even using his cyanide capsule to die rather than talk. Trouble is, his capsule malfunctioned, horribly scaring him instead of killing him. So, he has a brace that gives him Jaws-esque teeth and un-smushes his melted face. Hence, the eccentric villain trait a la scar, or crying-blood, or not feeling pain, yada, 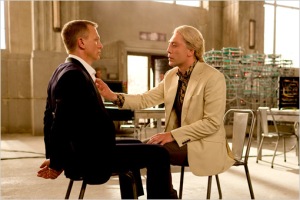 yada, yada. Combine that with the interesting choice of a scene between Bond and Silva where Silva nearly puts the moves on the fly superspy; making him blatantly homosexual unlike QUANTUMS’s more ambiguous, possibly gay Frenchman and henchman duo.
Like 006, Silva is personal. He has simply set his sights on M, not 007. Personal is best. It… makes things… more personal……Just trust me on that! And see LETHAL WEAPON 1 & (even more so) 2, TAKEN, and the third act of CASINO ROYALE for proof how fun personal really is.Also like 006, he is the shadowy reflection of Bond, the super talented MI6 agent gone rogue. 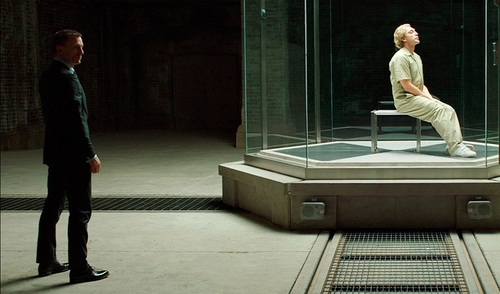 Silva is scary yet a lot of fun, Joker style. Even more so, he takes great joy in his work, a trait he also shares with Loki; a trait that I love seeing in “super”-villains. The scene in which he is incarcerated reminded me very much of Loki in the Hulk’s cage in AVENGERS. The baddie is just having too much of a laugh for us to be comfortable.
Of course, it is easy to be cocky when everything is going exactly to your months-in-progress, perfectly thought out, intricate to account for the last detail plan, another fun villain trick shared with the Joker. 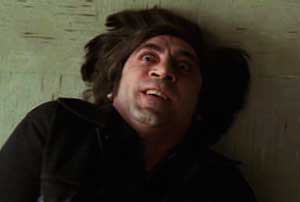 It doesn’t hurt that academy-award winner Javier Bardem is acting the shit out of the role, earning this Bond villain a place alongside one of my lifetime’s other top tier baddies, Javier’s Anton Chigurgh from NO COUNTRY FOR OLD MEN.Really, it’s hard for me to think of a more perfect storm of villainy than this Joker, Loki, 006, Chigurgh cocktail of crazy, which is why he is an instant favorite, at least second (but possibly better than) to my personal fav Bond baddie, the much aforementioned 006, played by the delicious Sean Bean.
And besides (again folks, BIG SPOILERS), Silva gets some pretty damn nasty things done; things that alter the Bond universe as it has been for nearly two decades.
BATMAN BEGINS = Skyfall
So, what, after all this time, is Skyfall? To what does the title of Bond’s 23rd adventure refer?
Is is a master plot? A super satellite weapon? The name of a villain?
(AGAIN, FUCKIN’ SPOILERS PEOPLE)

Skyfall is Bond’s childhood home. Though not nearly as fancy, it’s essentially his Wayne Manor.  His father’s house. He even has his own Alfred!In some ways, SKYFALL shares more in common with BATMAN BEGINS than the reboot CASINO ROYALE did. It’s really the first time we see any sign of Bond’s childhood or non-MI6 possesssions/holdings. We get a better idea of where this orphan has come from, while having to endure far less exposition than in the introduction of other special cinematic childhood orphans (like Harry Potter, or Peter Parker, or Bruce Wayne).Really, it is simply a taste a of Bond’s past we’ve never see before, besides several references to his being orphaned throughout the franchise, such as in GOLDENEYE where 006 mentions Bond’s parents died in a skiing accident.

SKYFALL is a fun title for Bond fans then, as it sounds like an odd name for a house, just as Bond author Ian Fleming himself resided in Goldeneye (the name of which was taken for the feature film).

Fitting that Ian Fleming, who has written himself into the character of Bond in his novels. Now the two have history or living in manors named after what sound like villainous plots and/or villains themselves.

I have a lot more to ponder and discuss from today’s SKYFALL, including fun winks the 50th Anniversary Film allows itself at earlier chapters as well as the universe changing events of the third act.

But, alas I’m off to see the film again now, so I’ll have to dissect it more following  another viewing.