Rush Hour took my “Buddy Cop” film virginity and Rush Hour 2 was my second true love. Quickly becoming my favorite sub-genre, I moved on to the superior Lethal Weapon 1 & 2, continuing to follow movies from 48 Hours to Hot Fuzz, 21 Jump St., and even 2016’s Central Intelligence. Though not as beloved as Lethal Weapon, it’s a mistake to discount Rush Hour‘s legacy.  The trilogy left a lasting impact on the Buddy Cop films that followed.

A Retrospective made in late 2016 for the Rush Hour Trilogy Bluray Set features Director Brett Ratner keeping the dream of Rush Hour 4 alive:

I think there will be a Rush Hour 4. I’m kind of the protector of the brand, of the franchise.

Not the most concrete quote, but this interview is the most recent mention of Rush Hour 4 I’ve seen. That means there’s still a chance we’ll see a final sequel, even after the disastrous Rush Hour TV Show. 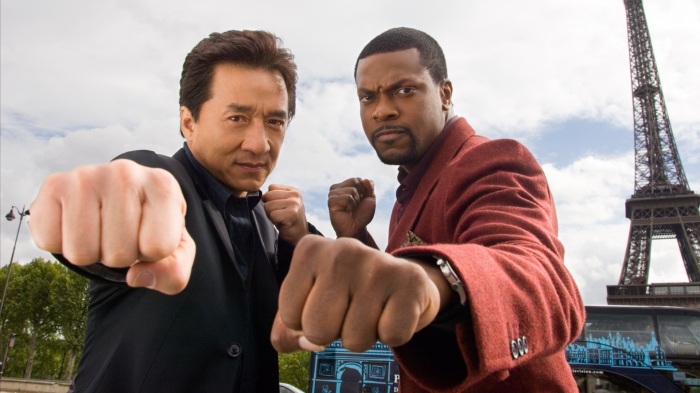 Setting a record in 1998 for highest weekend opening for an action-comedy with over $70 million, Rush Hour not only set a precedent for more diversity in action movies (no other film with minority leads had the same box office clout at the time), but also injected more comedy into the sub-genre. In the last decade or so, comedy and gags have actually gone too far, in films like The Other Guys and 21 Jump St where logic, solid action scenes, and serious stakes are thrown out the window for a laugh. The Rush Hour Trilogy also devolved in such a way; Rush Hour 3‘s biggest shortcoming is that it leaned too heavy on laughs, something Ratner wants to fix with another sequel:

If you look at Rush Hour, the first one, it’s funny but it’s still edgy, it’s got real things happening; real situations, real dynamics. And by [Rush Hour] 3, it started getting a little bit broader, funnier, walking the other side of the line. And if we do Rush Hour 4, obviously we go in the other direction, we make it really hardcore.

Unfortunately, “Hardcore” doesn’t mean “R-Rated” like Lethal Weapon. In the very same 2016 Retrospective, Brett Ratner admitted the three films were made less violent than he would have liked to fit Jackie Chan’s sensibilities. Chan also comments that he tries to avoid blood, and even bruises, in his action movies so they are more children friendly. After all, I saw Rush Hour before I was 13 because of the Rating. On the other hand,”Hardcore” does sound like a more serious tone, bigger stakes, and better action, possibly striking more of a Lethal Weapon balance of action and comedy.

As for the direction the plot would take, Ratner is interested in exploring the characters origins, most importantly, the death of each character’s father, “Hero Cop.”

We’ve never really given any backstory. Now if we want to go back to Her Majesty’s Secret Service, and start giving them James Bond’s kind of backstory and understanding of Christ Tucker. We never really understood, they said, “My daddy was…” and they were going back and forth, but that was kind of tongue in cheek and we don’t know how serious or real that is.

Yes, on the Retrospective, Brett Ratner does like comparing the his trilogy to James Bond, using the franchise’s strong villains, world-traveling adventures, and beautiful bombshells as examples.

The 1st Rush Hour is about as good a Buddy Cop movie can be, aside from the untouchable Lethal Weapon. Both franchises started incredibly strong, improving in the sequel, only to drop in quality considerably for the 3rd film. Yet, as inferior as they are compared to the first two films, Lethal Weapon 3 & 4 are totally watchable films and I’m glad they exist. Likewise, Rush Hour 3 is not as terrible as you remember. I watched the compete set and enjoyed all three films. Rush Hour 3 has a solid 1st and 3rd act, suffering a little in the middle. Again, I’d rather have Rush Hour 3 than just the first two films. Besides, people seem to be hungry for the Buddy Cop genre, judging by the numbers Central Intelligence put up this past summer and the success and quality of the Lethal Weapon TV show that started last Fall. 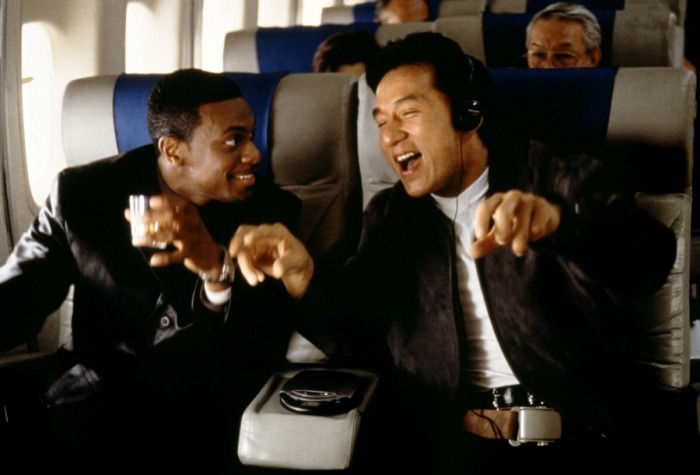 I’d rather see a Lethal Weapon sequel too, trust me, but Rush Hour 4 is far more realistic the next best thing. After all, Lethal Weapon 5 would feature a Riggs (Mel Gibson) over 60 and a 70-year-old Murtaguh (Danny Glover): Waaay “too old for this shit.” Chan may be 64, but he’s still an action master, and Christ Tucker is still the ripe young action-lead age of 44.

I want to watch Rush Hour 34 Brett Ratner wants to make it, so let’s get it done! Please! After all, Chris Tucker won’t be under 50 forever.